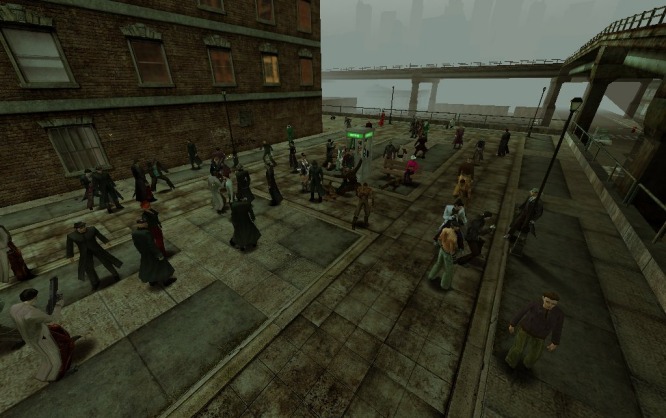 Beginning the day in a warzone. 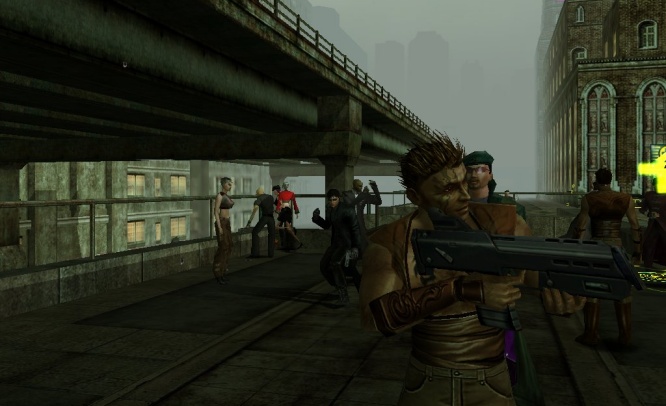 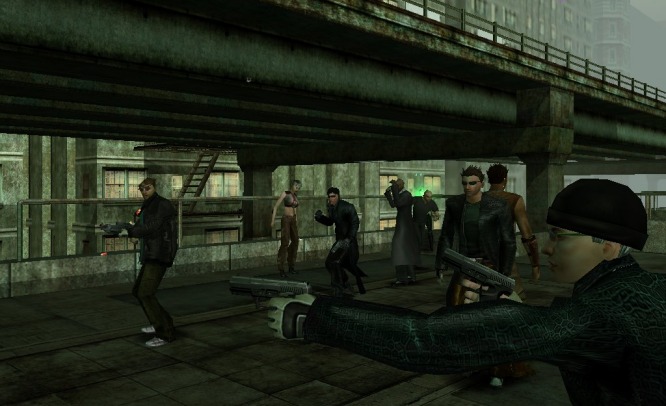 ...is no match for three pistols and a shotgun. 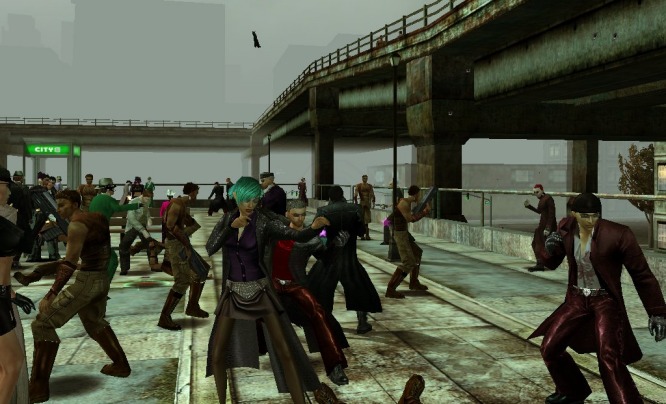 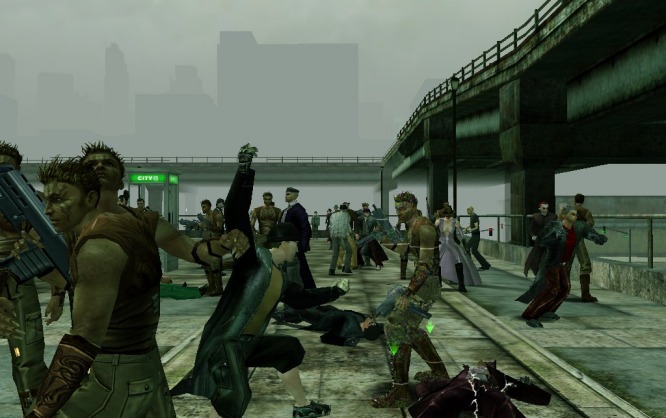 Another Lupine appears as I lay dying on the ground. 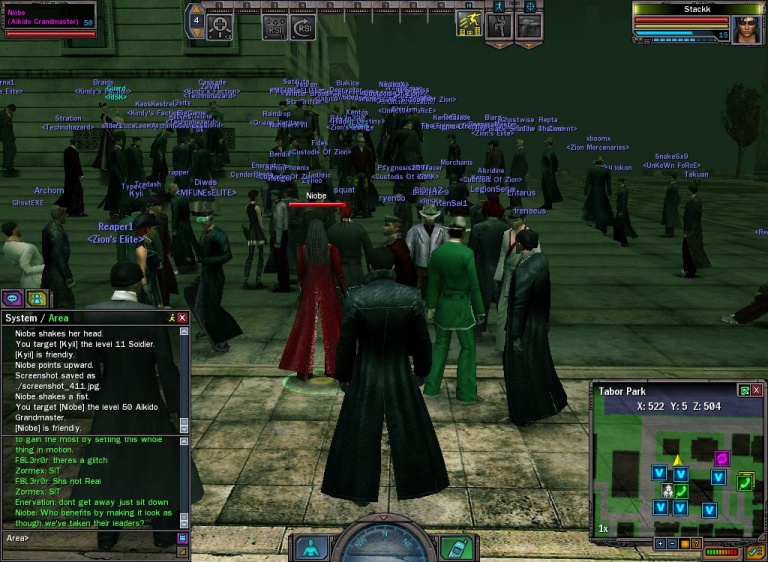 Niobe explains the situation to everyone. 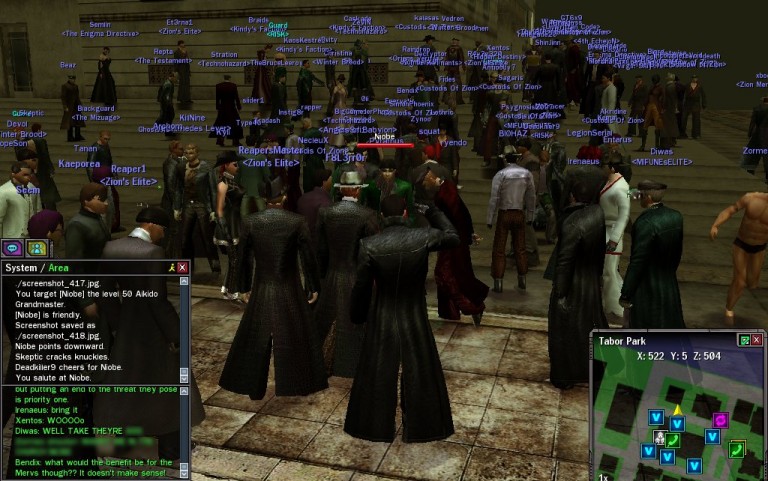 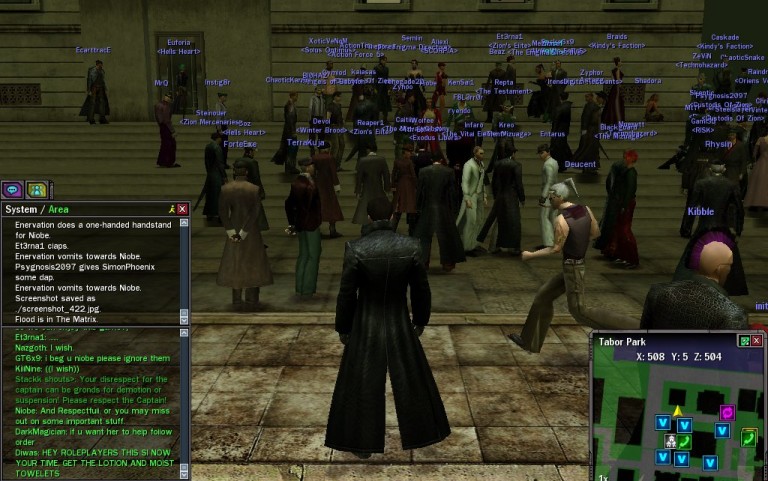 Niobe expresses her disapproval of the crowd's behavior. 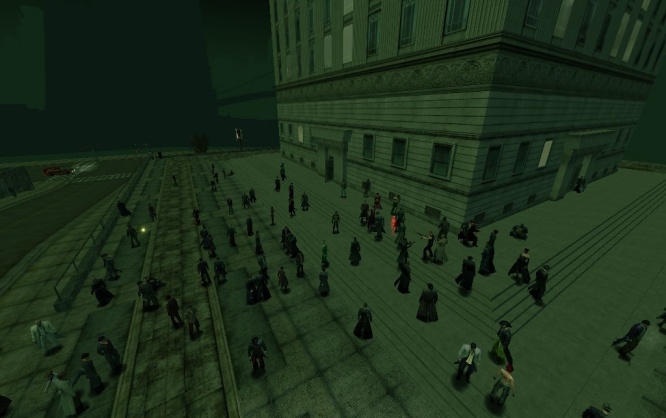 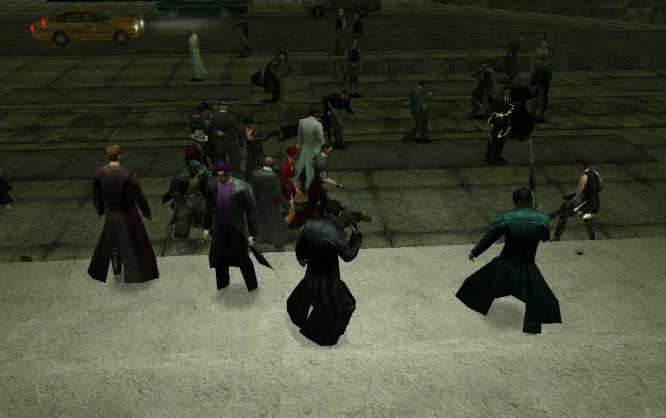 ...and the battle begins. 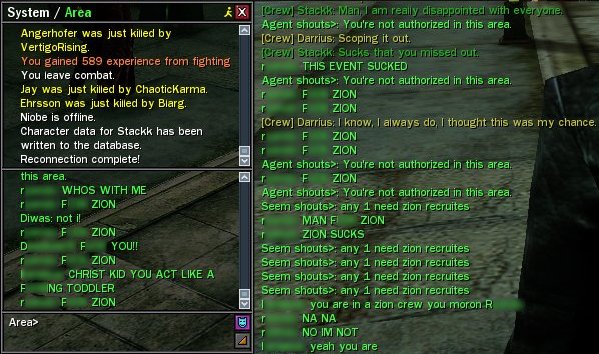 This is why we don't free minds once they reach a certain age, because by the time they reach seventh grade, they start picking up langauge skills such as these. And they don't listen to you when you tell them to STFU. They're busy telling everyone else the same thing. 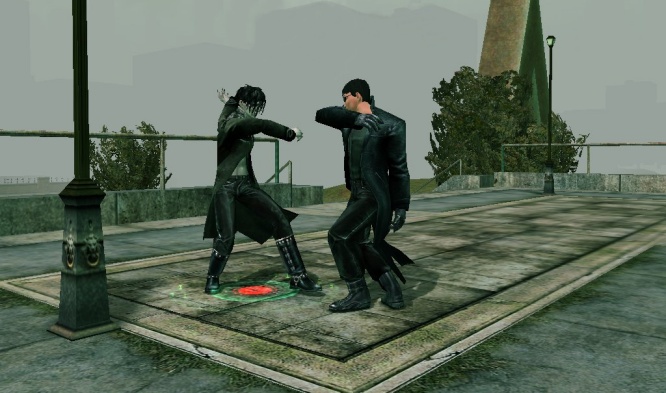 Ambushed by a vampire. 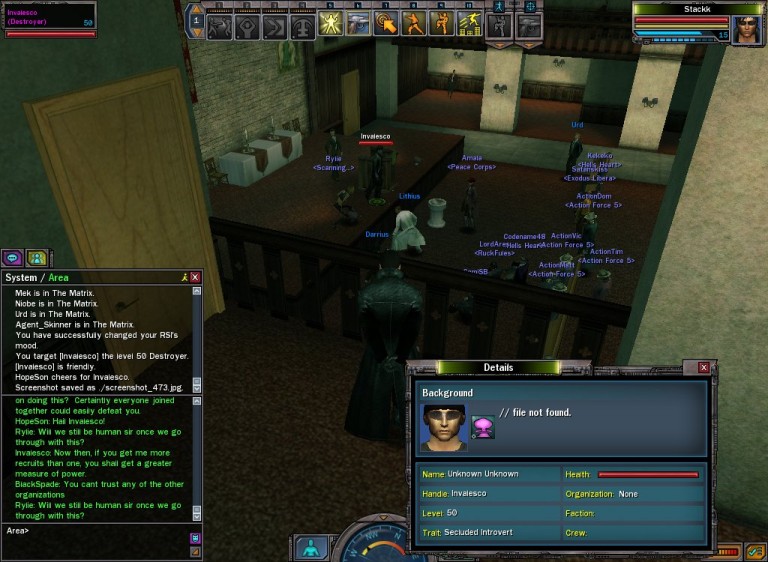 The first sight of Invalesco. 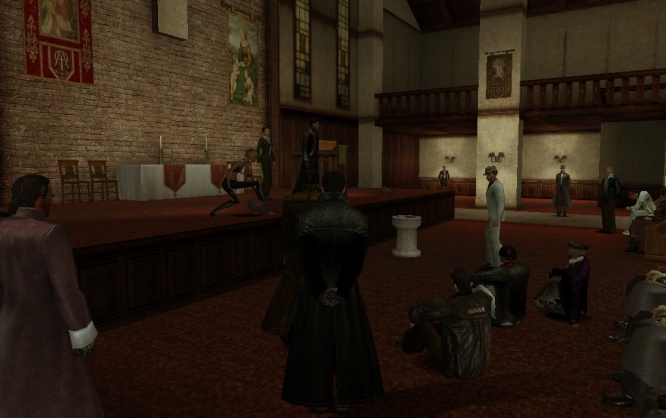 Listening to his story and his offers of power. 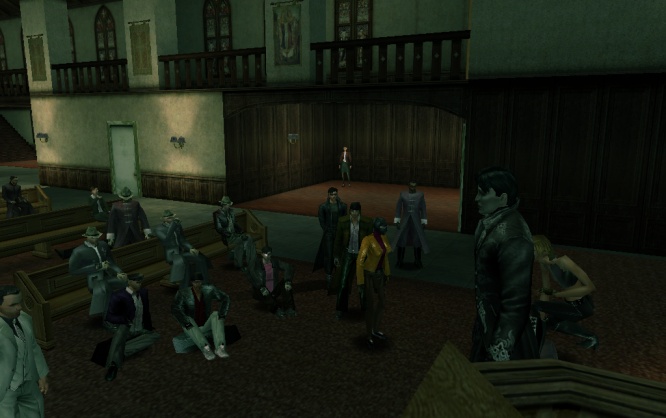 Such a creature is undeserving of being next to a pulpit. 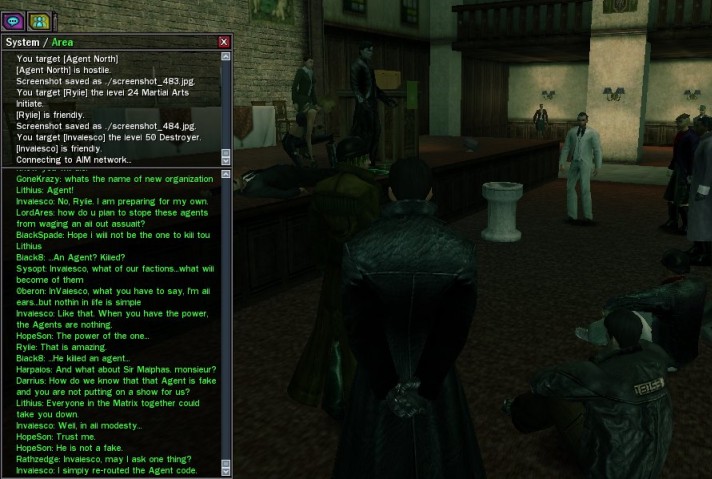 Too much power for anyone to have. 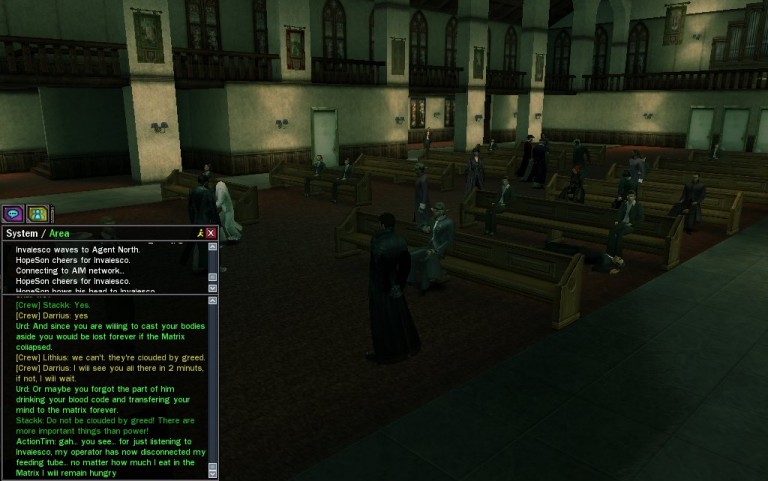 Warning the crowd of the dangers of giving in to temptation.